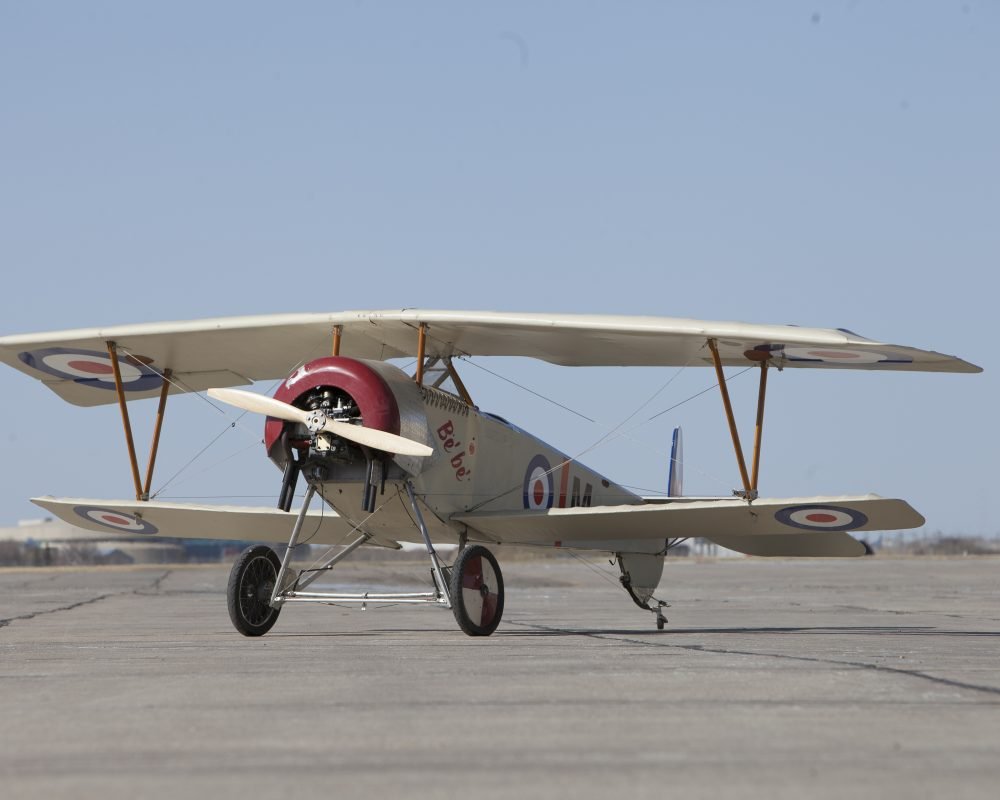 The Nieuport 11 at the Saskatchewan Aviation Museum is a replica 7/8th scale aircraft.

Number #1 squadron, Royal Flying Corps received Nieuport 11’s as a gift from the French air force, which was re-equipping with SPAD fighters. The Germans admired the Nieuport and copied some of its features.

The Nieuport is a sesquiplane – a full upper wing and a smaller lower. The arrangement made the wings strong with excellent maneuverability.  Canadian ace and Victoria Cross winner Billy Bishop flew this aircraft in many of his victories.

A total of 3600 were built. Only one original aircraft exists in a Belgian museum. But there are many copies such as this museum’s Nieuport. We know of Saskatchewan pilots who flew these aircraft against the Germans.

The Nieuport was equipped with a device that allowed the machine gun to fire between the propeller blades turning at any speed.

The engines used in this and many aircraft in WW1 were rotary engines – the crankshaft did not turn. The whole engine revolved around the crank-shaft.

WW1 pilots did not use parachutes, although parachutes had been invented and the German pilots were equipped with them.