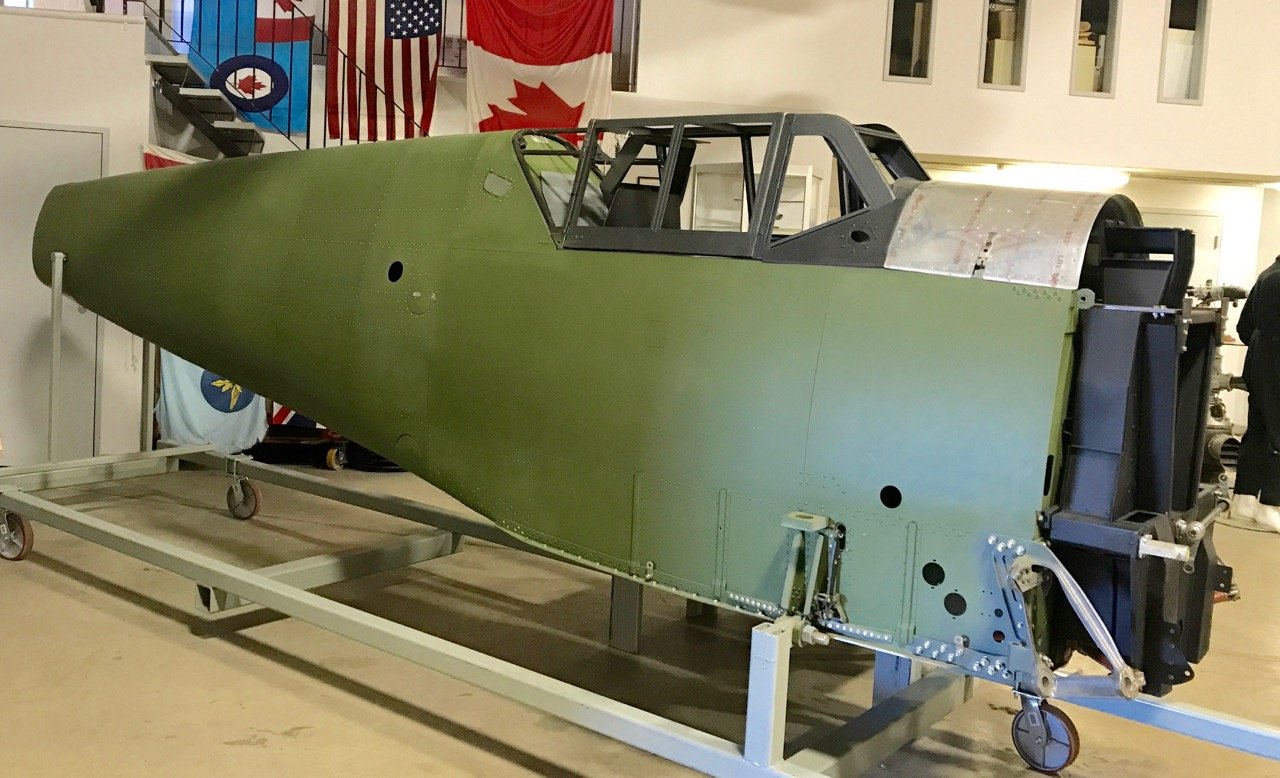 This ME109 is being re-built by retired aviation engineer Don Bradshaw (Don) of Saskatoon Sk. Don has been working to rebuild the Messerschmitt ME109 for the past (2013) seven years with the help of Kermit Weeks, a private airplane collector in Florida. Though there’s still lot’s to do, the project in itself is as much a treasure hunt than is a rebuilding project. Many of the tool’s, parts and pieces needed to rebuild the ME109 are hard to find and not cheap.

The Messerschmitt ME109 was one of the fastest, deadliest and innovative warplanes to come out of WWII Nazi Germany war machine. These were warplanes made to fight, “there’s only two that are flying in the world right now”.  The German fighter made the ME109 stand out from the rest, from the fuel-injected engines, to the larger-caliber machine guns and cannons the ME109 was built for speed and destruction.

Topping speeds of 590 kilometer’s per hour and soaring at 39,000 feet, the ME109, known later as the BF109, is the most-produced fighter plane in history.  These planes could be outfitted with a 20 mm cannon pod on each wing and two 13 mm machine guns that put out a lot of force. That’s what it was all about, it was war”. The 13 mm ammunition would out-gun the .50 caliber and .303 caliber guns on Allied planes.

The Messerschmitt will be on display with the Museum until at least spring 2021.