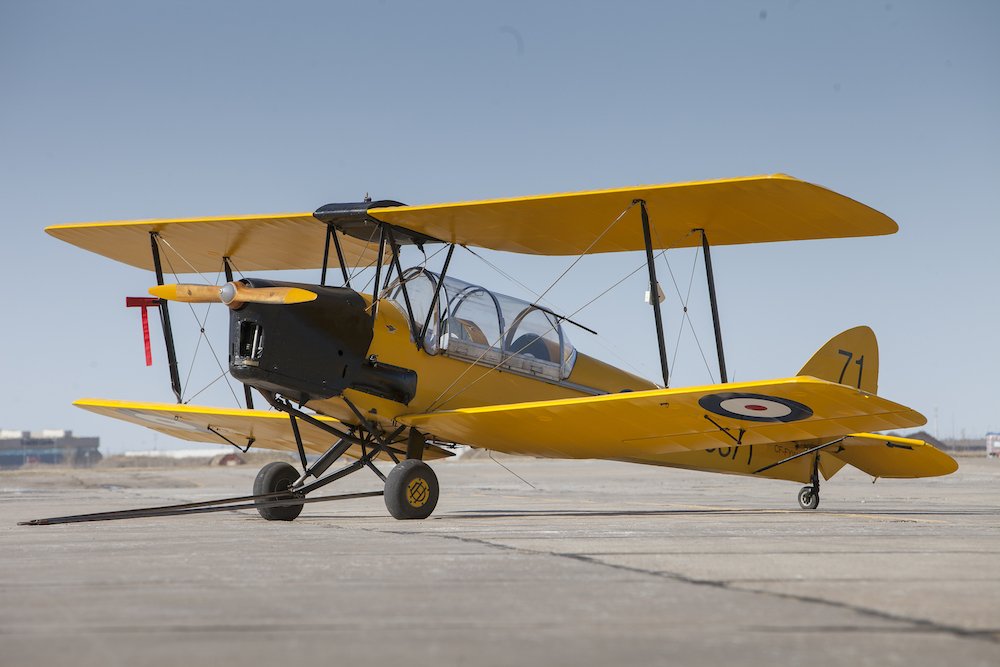 A glance at the Tiger Moth in comparison with the Nieuport reveals the evolution of aircraft construction technology.  For example, the wires that rig the Nieuport became the more aerodynamic strakes on the 1930’s vintage Tiger Moth. The relatively small fin and rudder on the Nieuport evolved into an elegant and efficient tail section of the Tiger Moth.

The tail fin on de Havilland aircraft designed before 1950 has a characteristic sweep that marks the aircraft as “de Havilland.” The company took great pride in its design work and the de Havilland tail sweep is a defining feature.

The Tiger Moth is a de Havilland design from the early 1920’s. World War I was over and flying clubs were springing up all over Britain and the Commonwealth.  Clubs and individuals were looking for a safe and reliable aircraft that would sell well. They found that aircraft in the Tiger Moth.

The Tiger Moth is easy to fly but doesn’t like fools or show-offs. It has a good safety record. The aircraft is built of metal, wood, and fabric.