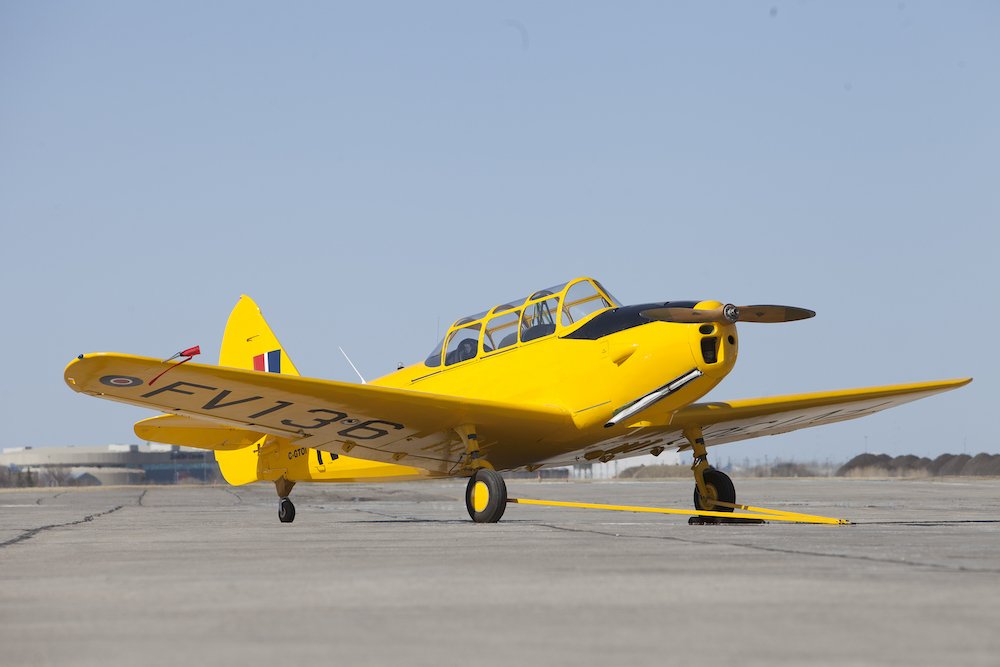 The Cornell featured a fabric-covered welded steel tube fuselage. The remainder of the aircraft used plywood construction, with a plywood-sheathed center section, outer wing panels and tail assembly. The control surfaces were a metal structure covered with fabric. The landing gear was fixed with the large wheel span giving good ground handling.

The Cornel was a primary trainer originally built by Fairchild to replace the Tiger Moth. Like the Gypsy Major engine in the Tiger Moth, the Fairchild Ranger engine is an “inverted” engine with the crankshaft at the top and the pistons at the bottom of

The Cornel was intended to replace the Tiger Moth, and it was faster, with an excellent rate of climb. Pilots could perform complicated aerobatics with the Cornel, but relatively early in WW2 some Cornels experienced a main spar failure during aerobatics with subsequent loss of wings in flight.

The fleet was grounded until engineers identified and resolved the problem.Our museum Cornel was based at Assiniboia, one of a handful of Royal Air Force bases including Moose Jaw, Dafoe, and Davidson, all locations in Saskatchewan.I