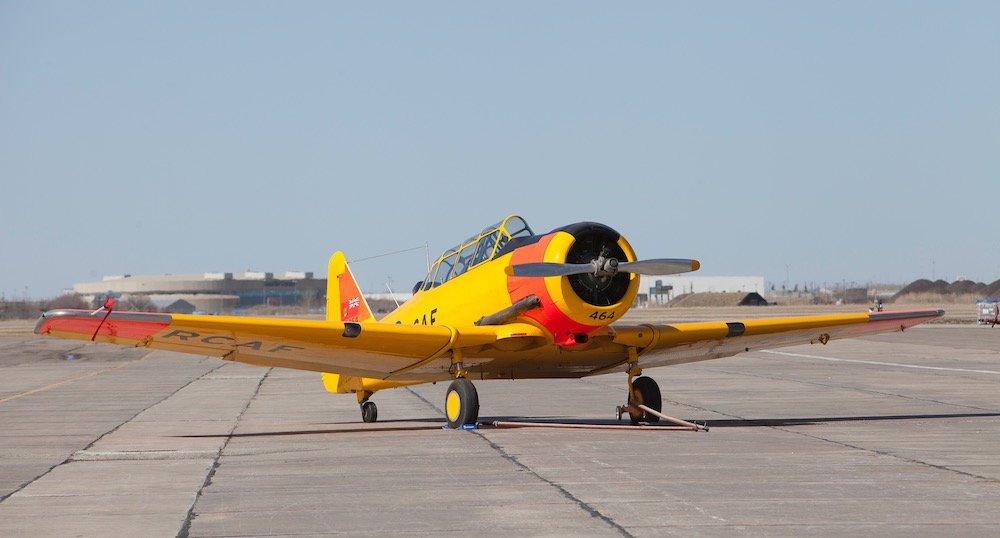 In Canada, Harvard Mk. IIBs were used as advanced trainers.

They helped pilots make to the transition from low powered primary trainers to high-performance front-line fighters such as the Spitfire* or Mosquito*.

The Canadian Harvard was like the US version but adapted to the Canadian climate.

The Harvard could be intimidating with its relatively big 600hp engine, the same engine used on the de Haviland Otter. Landings can be quite tricky with the Harvard. If your airspeed is a bit too low, you may encounter a wing drop that does not respond quickly to corrective measures.

About 555 Harvards were built by Canadian Car and Foundry Company at the Fort William (now called “Thunder Bay”) plant.