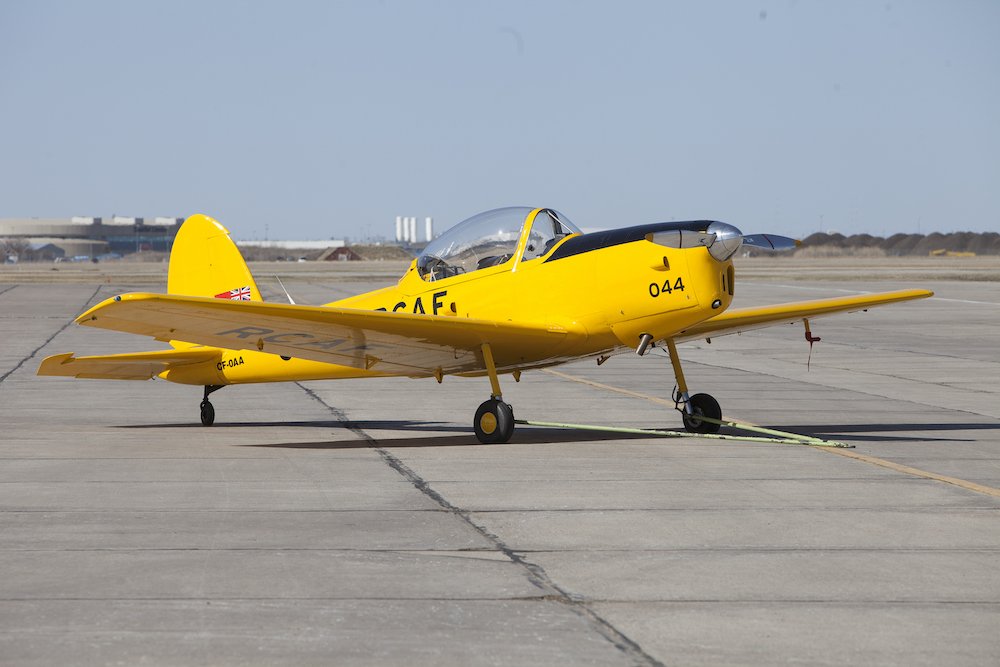 The Chipmunk was designed and built in Canada. But the Royal Air Force discovered the Chipmunk and realized it was the ideal replacement for the Tiger Moth. Soon Chipmunks were being built under license for the Royal Air Force. Canada wanted the bubble canopy that we see in the museum because there was room for the jet pilot-style helmet that would be used in later jet aircraft training. The RAF used the “chicken coop” canopy style you see on the Harvard and the Cornell. Their pilots retained the traditional leather helmet.

The Chipmunk uses a very rugged monoplane wing, which produces more lift and less drag than the biplane Tiger Moth.

The Chipmunk used a gravity flow fuel system that would feed the carburetor in any aerobatic position, even for extended periods.