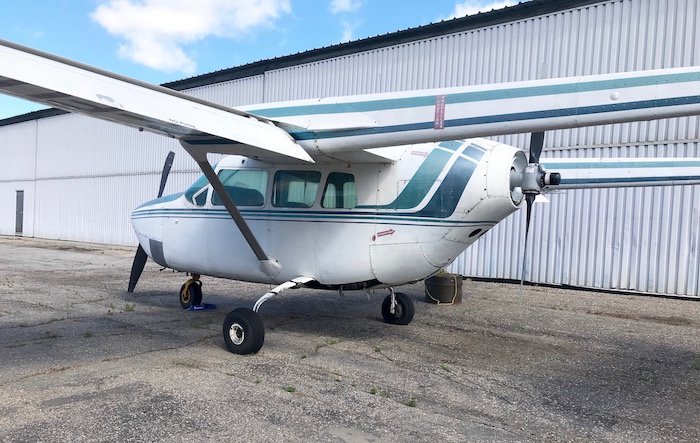 The one plane the Learning Centre Children can climb into, all at once. It’s a Play Center!

The Cessna Skymaster is a United States twin-engine civil utility aircraft built in a push-pull configuration. Its engines are mounted in the nose and rear of its pod-style fuselage.

Twin booms extend aft of the wings to the vertical stabilizers, with the rear engine between them. Cessna built 2,993 Skymaster’s of all variants, including 513 military O-2 versions.

The Skymaster handles differently from a conventional twin-engine aircraft, primarily in that if an engine fails, the plane will not yaw toward that engine.

Ground handling requires certain attention and procedures. The rear engine tends to overheat and can quit while taxiing on very hot days. Accidents have occurred when pilots, unaware of he shutdown, have attempted take-off on the nose engine alone, though the single-engine take-off roll exceeded the particular runway length.