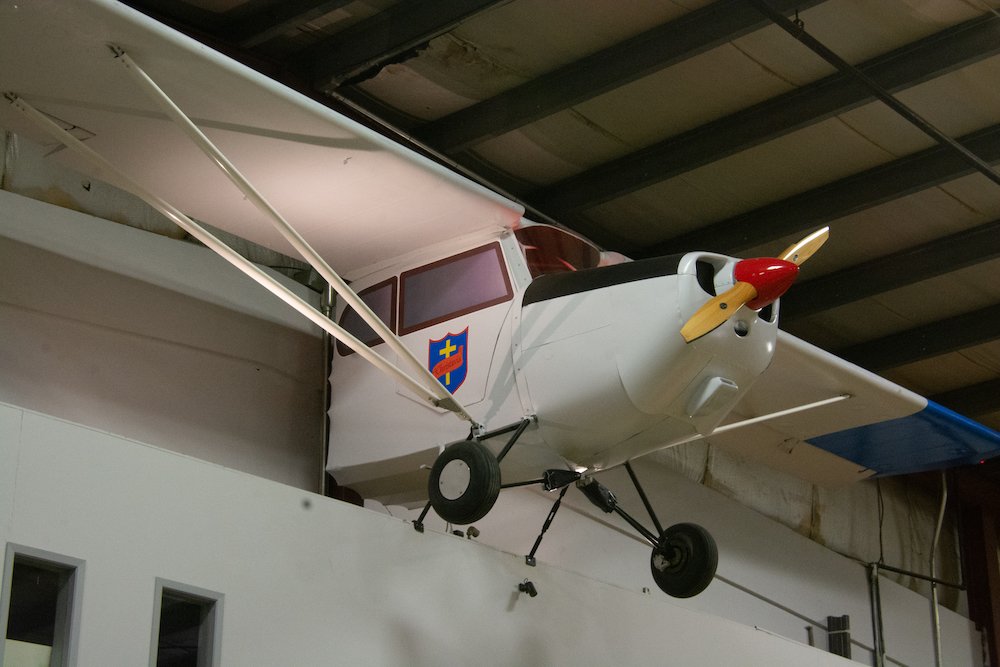 It looks quite like an old Aeronca, but it’s a new design intended for missionary flying in Africa, the aircraft’s name Christavia means “Christ-in-Aviation”. It could be built for wheels, skis, or floats. A variety of engines can be used in this airplane.

The aircraft was the project of a Saskatchewan builder who was unable to complete the work.  Our local chapter of the Recreational Aircraft Association bought and completed the aircraft as a wall-mounted display. It certainly attracts attention in our hangar.

The Christavia is a single engine, high wing, conventional landing gear-equipped aircraft. The fuselage is of steel tube construction. The wings are flapless, predominantly wooden, use a custom Mason airfoil design and are supported by dual wing struts. The exterior is finished with aircraft fabric covering. The acceptable power range is 65 to 100hp (48 to 75 kW) and the standard power plant used is the 65hp (48 kW) Continental A65 four stroke four cylinder horizontally opposed piston aircraft engine. – Artifact Collections