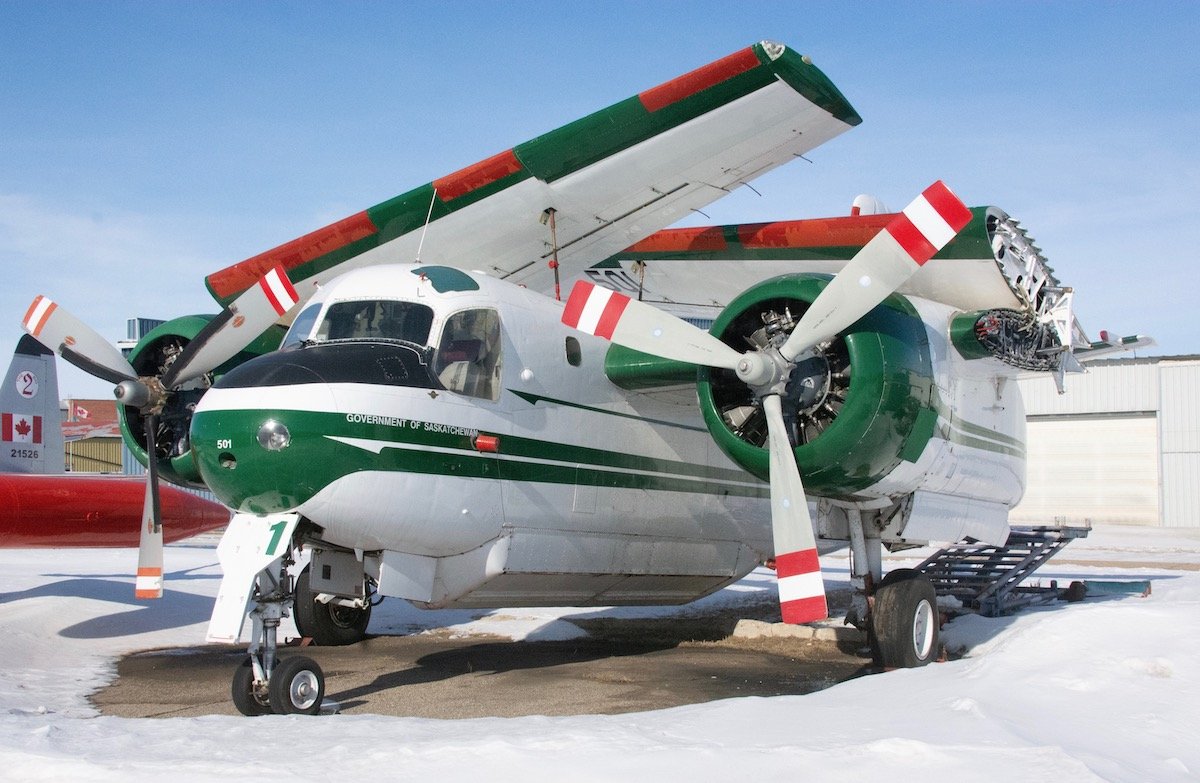 It (Canada) was assumed the Bonaventure would operate the US – built Grumman Tracker, but that aircraft was about 11 ¾ inches too long to be accommodated by the deck elevators used to take aircraft from the deck to maintenance hangars below deck.

So, De Havilland Canada in its Toronto factory built a shorter Canadian version that fit the elevators. There were other uniquely Canadian changes.

The military function of the Tracker was anti-submarine warfare. The Tracker dropped Sonobuoys into the water and Sonar (under-water radar) sent location information back to the aircraft weapons officer, who could program and drop depth charges or torpedoes and destroy an enemy submarine. The tracker could also drop bombs on surface vessels.

In the search and rescue role the Tracker located ships in distress and dropped lifesaving equipment to survivors and alerted rescue teams.

When the Bonaventure was retired, the aircraft went ashore on Canada’s east and west coasts and finished their careers working from land bases.

When the Trackers were fully retired, many were converted to Fire Fighting aircraft.

The Saskatchewan Aviation Museum and Learning Centre Tracker is the only Tracker in flying condition in Canada.

Pre-arranged Group Tours may be available upon request on closed days.

Effective August 1, 2020, the museum no longer has street-front access. Unfortunately, due to the economic impact of Covid-19, the museum has had to move all its activities to our unit at the rear of Hangar 5. The new entrance to the museum will be via the gate at the north side of the building. Signage with contact and entrance instructions is displayed. Please check back here for updates on our progress as we reorganize the museum. As always, contact us with any questions or to schedule a visit or a flight.