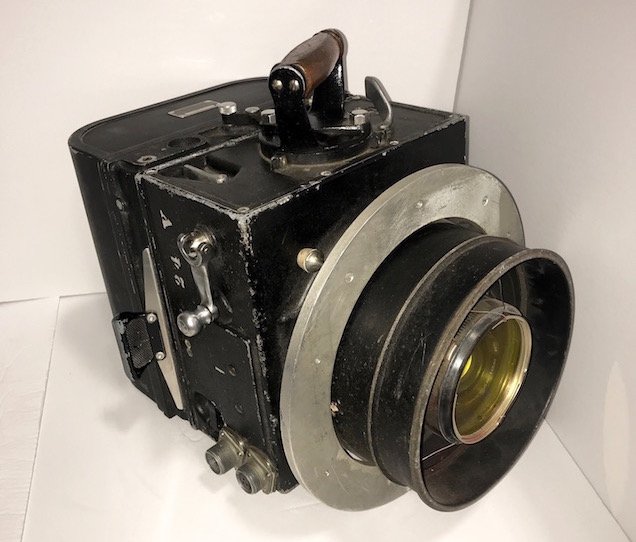 This camera may be the actual camera in the photo of the Vickers Vedette on the west wall, above this table. A type of aircraft used in Northern Saskatchewan for map-making purposes in the 1920’s.

However, this camera’s purpose was originally used for damage reconnaissance during WWII. It was mounted to Mosquito bombers that surveyed the battlefield from high above.

After the war it was used to film/map Canada’s north by Lockwood Aerial surveys as well as others. It was then purchased by Dr. Bernard Kenney (Environment Canada Inland Waters) for his Master’s thesis and used for “time lapse” vertical photography of effluent plume dispersion in “Lake Huron”. It was mounted on a number of different aircraft for this purpose; Fleet Canuck, Piper Colt, Piper PA28 and C-172.