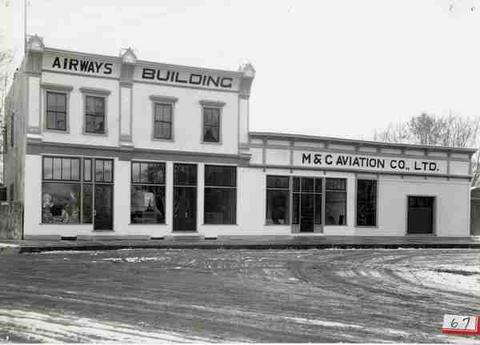 M & C Aviation was founded in Saskatoon, Saskatchewan, in 1930 by private pilots Richmond Mayson and Angus Campbell. They soon moved their firm to Prince Albert, where it flew chartered flights into northern Saskatchewan.

This bush-flying firm survived the Great Depression by concentrating on carrying prospectors and travelers into Saskatchewan’s heavily forested north. When the Second World War broke out the company’s technical expertise was put to work. M & C Aviation operated an overhaul facility in Prince Albert that maintained aircraft used by the British Commonwealth Air Training Plan.

After the death of Angus Campbell in May 1943, postwar, Dick Mayson accepted a 1947 offer from the province’s new Cooperative Commonwealth Federation (CCF) government for the sale of the airline. The government’s goal was to use aircraft to open the province’s vast north. This airline was known as Saskatchewan Government Airways (SGA).