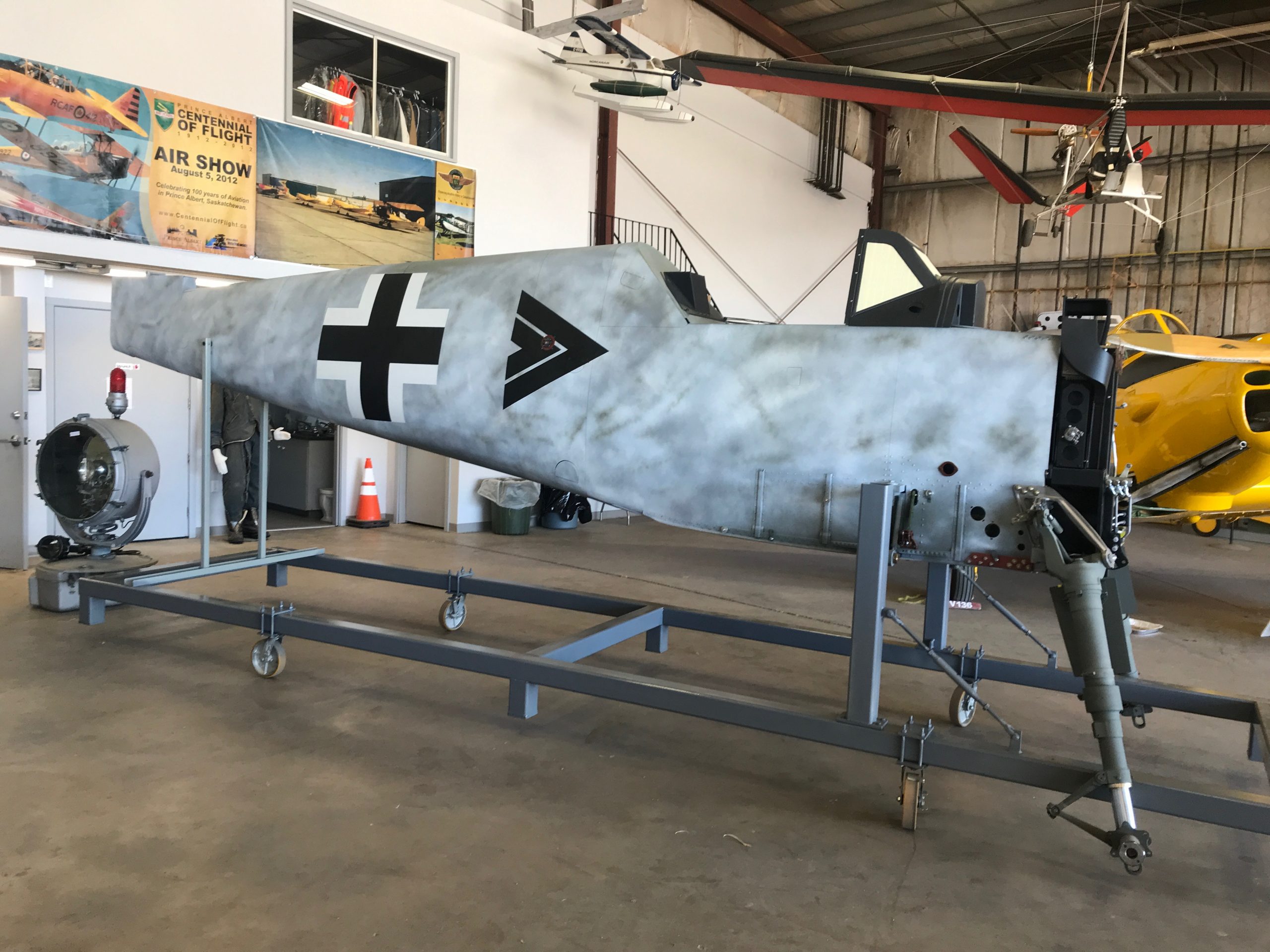 This aircraft is owned by a local collector and on display for a period of time during this summer. When it is completed, this aircraft will be the only flying in the world. The winter of 1945 season-correct paint scheme is what it looked like that allowed it to blend in with the surrounding terrain after being maunfactured.

The Messerschmitt ME109 was one of the fastest, deadliest and innovative warplanes to come out of WWII Nazi Germany war machine. These were warplanes made to fight and the German fighter made the ME109 stand out from the rest, from the fuel-injected engines, to the larger-caliber machine guns and cannons the ME109 was built for speed and destruction. That’s what it was all about, it was war”. Its armaments would out-gun the .50 caliber and .303 caliber guns on Allied planes.

The Messerschmitt will be on display with the Museum until at least fall of 2021.

This aircraft is owned by a local collector.