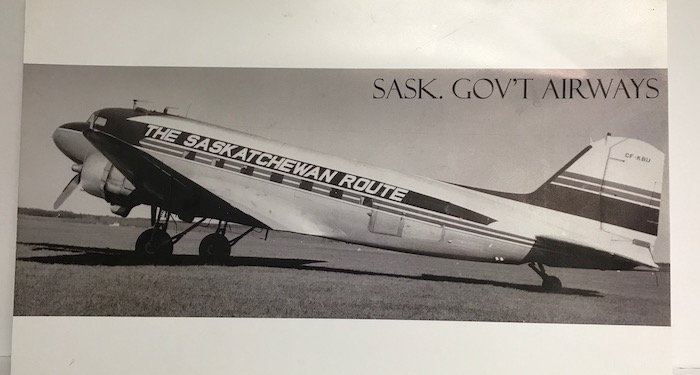 Saskatchewan Government Airways – the government owned commercial airline, was formed through Order In Council No. 1200/47 on August 15, 1947. The governments goal was to use aircraft to open the province’s vast north to develop the northern half of the province, the government purchased M&C Aviation to create Saskatchewan Government Airways (SGA) in 1947. SGA was a Crown Corporation that operated scheduled and charter services in the north, and also developed the “smokejumpers” to fight forest fires.

SGA operated from 1947 to 1965 from a main base at the Prince Albert (Glass Field) Airport and a number of sub-bases in northern Saskatchewan operating a passenger and freight services. SGA maintained operations until 1965, when the newly elected Liberal government sold it to a group of private investors to form North Canada Air Limited more commonly known as NORCANAIR.