The Sylvaire Bushmaster II in our museum was built in 1988 and was used primarily as a recreational plane. Our aircraft was generously donated by a man from Alberta after he retired from flying. Our plane has the nickname “Cloud Dancer”.

The plane features a max speed of 100mph with a cruise of 73mph. The cabin is 44 inches wide with 2 seats side by side and features heating, radio, intercom, and a GPS.

A plane of the same model carrying a flight instructor and student crashed just outside of Corman Park in 2009 due to a defective wing that is somewhat common to this aircraft. Despite a nearly perfect safety record for these airplanes, some of them have a faulty glue joint holding the upper inboard aleron gap seal to the wing. This seal is critical to the structural integrity of the wing as it is the only thing holding the upper fabric to the wing and attaching the back end of the rib caps. It seems that the older the aircraft is, the more dangerous of an issue this can become. 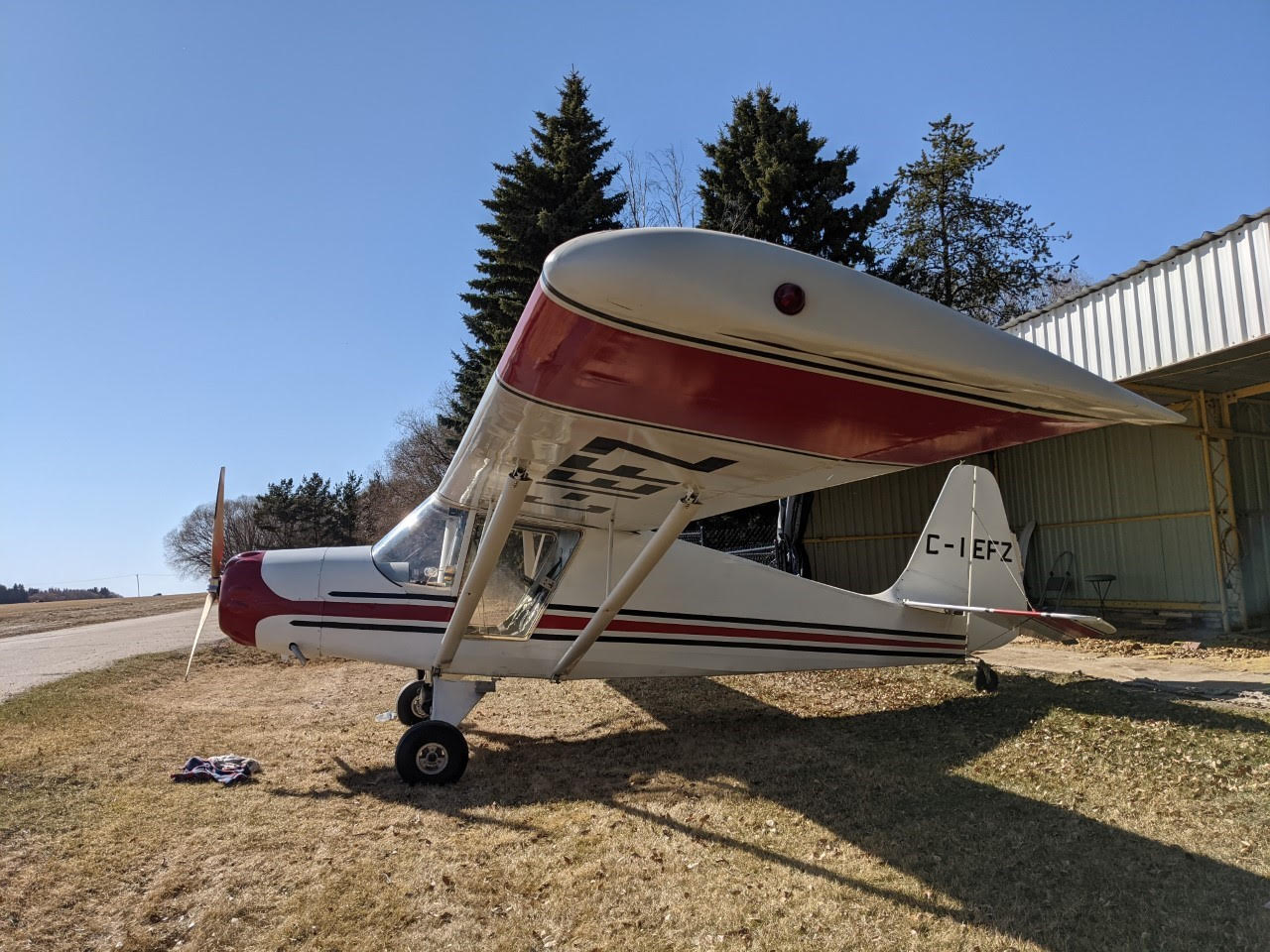 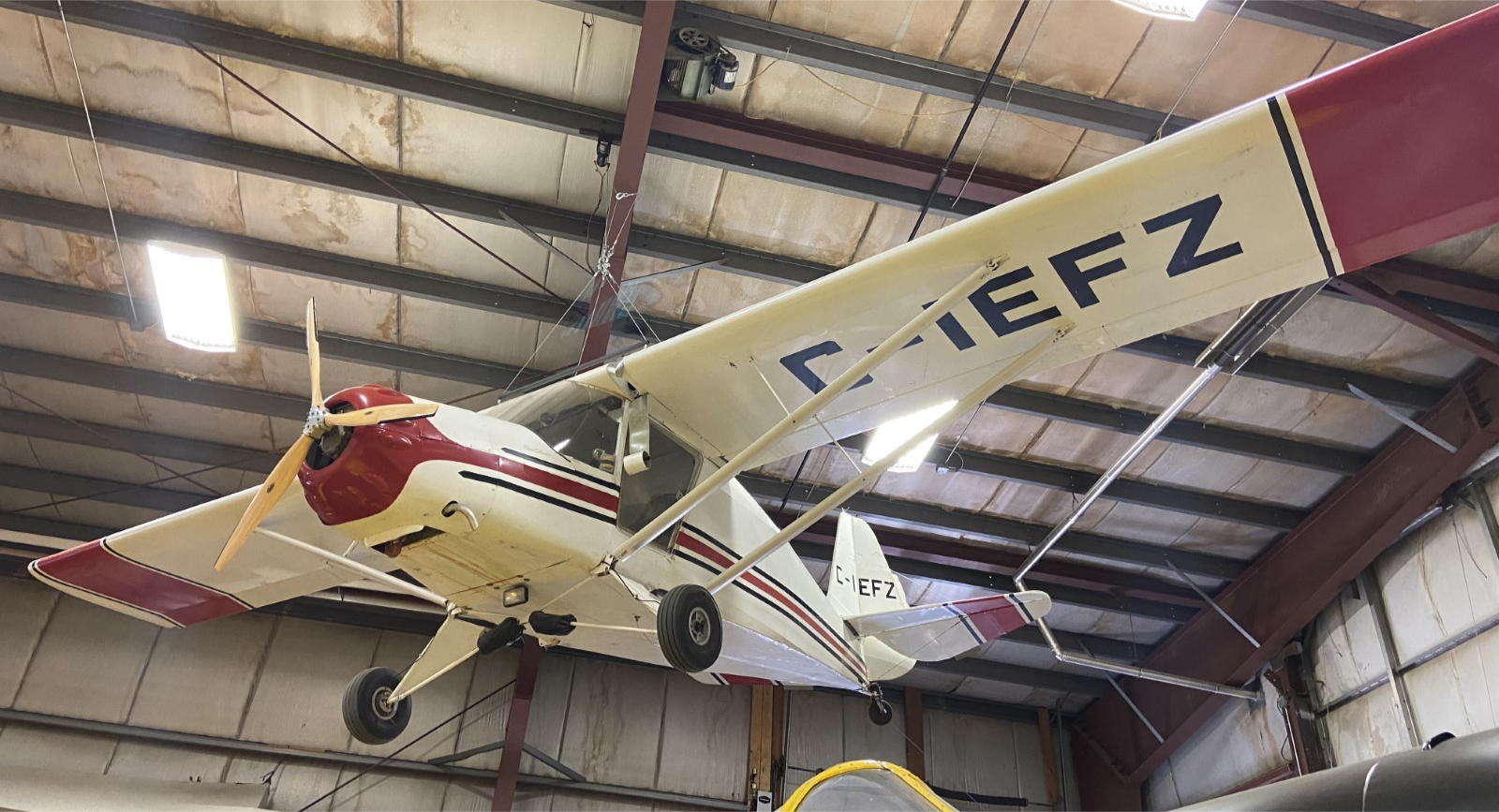