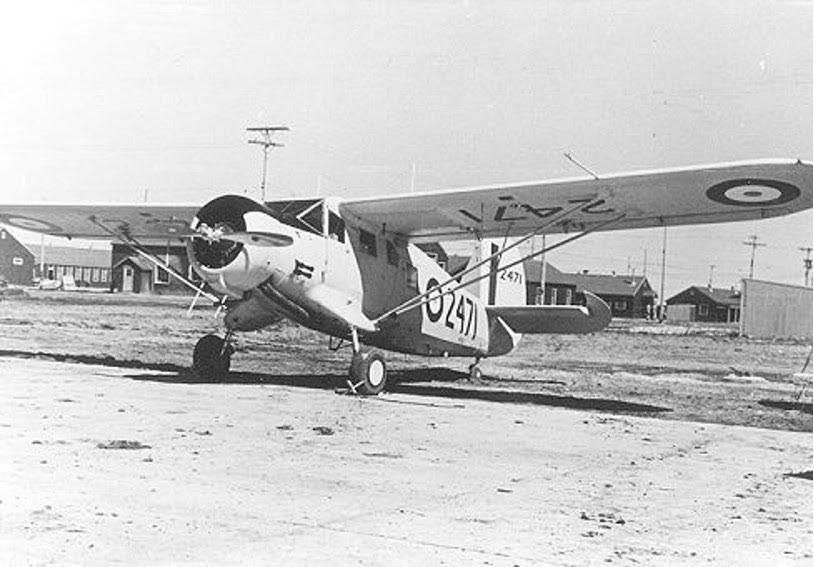 We have recently acquired this donated Norseman in its very skeleton and disassembled state. We have wings, wheels, seats, fabric, cable, in fact we have all the major components, parts and pieces to begin the restoration and rebuilding of this once mighty workhorse.

Introduced in November 1935, the Norseman remained in production for almost 25 years (1960) with 903 produced. A number of aircraft remain in commercial and private use to this day.

The Noorduyn Norseman, also known as the C-64 Norseman, is a Canadian single-engine, high winged mono bush plane designed to operate from unimproved surfaces. Distinctive stubby landing gear protrusions from the lower fuselage make it easily recognizable. Designed with a rugged landing gear that was equally at home on floats, skis or wheel proved itself to be a reliable workhorse and well suited for the Canadian climate.

The museums Norseman MK IV entered RCAF service in 1941 assigned to British Commonwealth Air Training Plan (BCATP) No. 2 Training Command (Winnipeg, Mb) in Oct 1943 to Dec 1944 during WWII. Placed into reserve then overhauled Dec 1952 was sold April 1953 to Royal Norwegian Air Force until it was withdrawn from service April 1959, and sold. Various Norwegian commercial operators owned this aircraft until 1975. Eventually was sold, dissembled, packed in containers at Norodden, Norway and shipped to Blue Water Aviation in Manitoba. This Norseman has resided in covered storage in its present state for the past 46 years. Standby for updates as this project takes off.

UPDATE: Our Norseman has started the process of preparing  for its new fabric covering . Its like assemble a really big puzzle . Our faithful volunteers have been assembling the wood stringers and going thru all the panels to make sure we are not missing anything . The art of fabric covering is one that takes time and patience and we are grateful for our team that they are taking this on . Stay tuned for more updates. 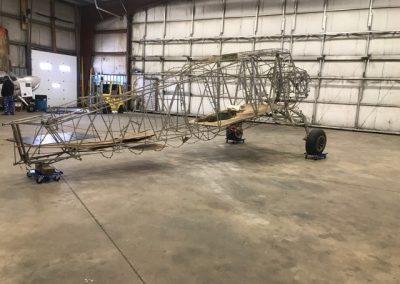 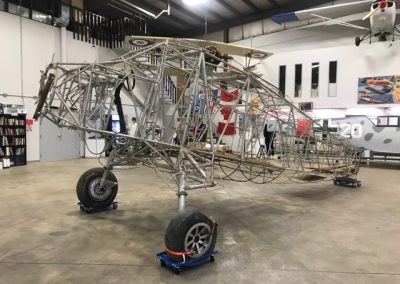 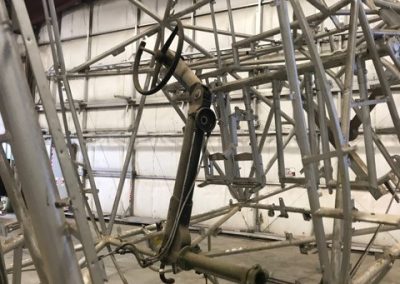 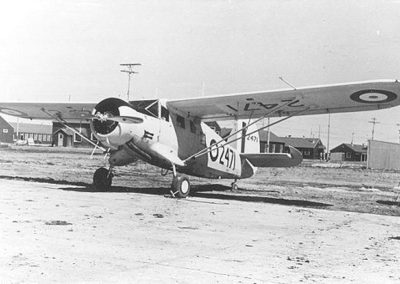 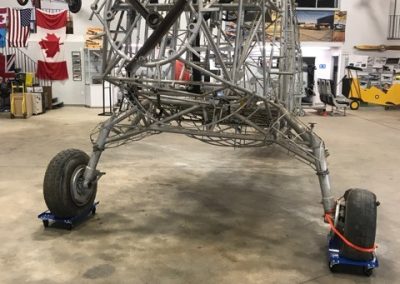 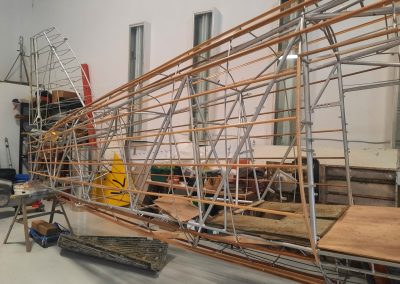 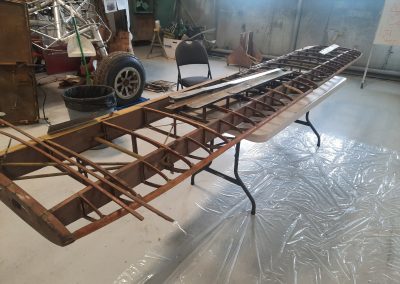 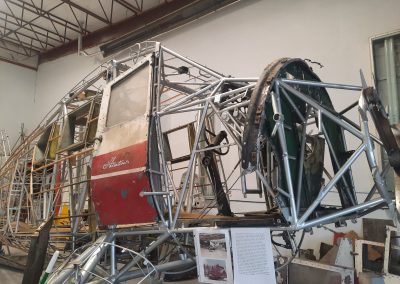 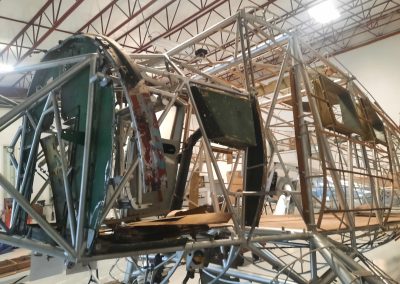 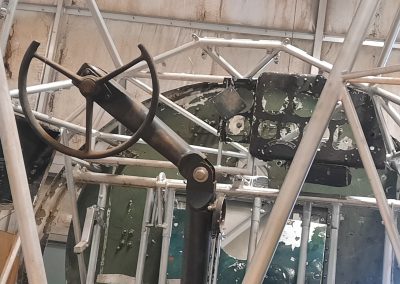 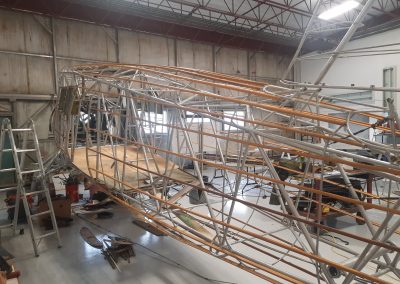 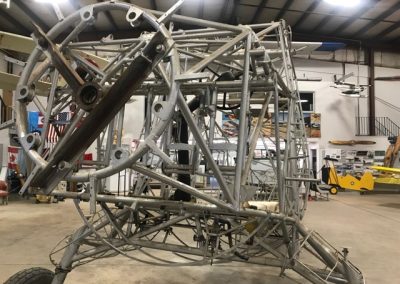