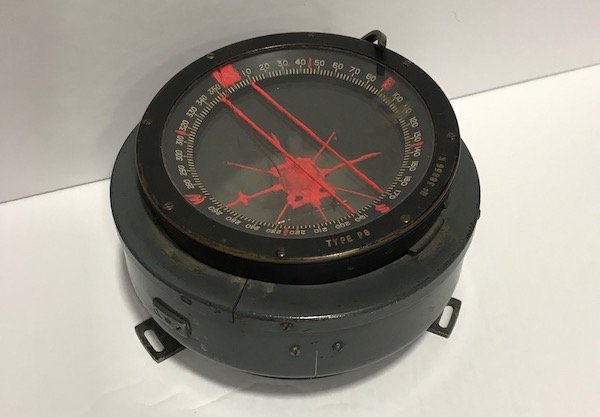 The grid steering compasses (Type P8 to Type P11) were fitted in World War II era aircraft. They were used for course setting and reading, and as a check compass on aircraft fitted with a remote indicating compass.

The compass body rests in an alcohol liquid and rests in a vibration mount. The compass ring can be rotated to indicate course.

The British P8 aircraft compass was made in the late 1930’s early 1940’s and was fitted to many British military aircraft including the famous ones the Spitfire and the Hawker Hurricane, Mosquito, and Beaufighter.

The P-8 compass (on a Spitfire as an example) was mounted at the front of centre console about pilot knee height just in front of the control stick.